How did the arts and sports of the Dutch reflect the way Black and Jewish communities were viewed throughout the different periods of time?

The Netherlands is known for being one of the most sustainable countries in Europe as seen through its water management system and road infrastructure which promotes sustainable transportation. However, one element of sustainable development that is often overlooked is the importance of social equality, which is the 16th Sustainable Development Goal of the United Nations’ “Peace, Justice, and Strong Institutions”. The promotion of peace, equality, and the inclusiveness of society is a must, without these characteristics a nation would not be able to exist and flourish towards a better future. After all, if we do not learn from the lessons of the past, we are condemned to repeat them. When it comes to the history of marginalized communities in the Netherlands, such as the Jewish and Black communities, the Dutch have come a long way in establishing institutions that would promote safety and inclusiveness. However, every country has a long way to go when it comes to accepting their past no matter how dark it may be. In the past, the Dutch have struggled to commemorate the oppression suffered by Jews and Blacks, now, however, museums with exhibitions dedicated to Black art are being inaugurated and Jewish monuments are being restored. For example, Loods 24 park and Rembrandts’ House Museum. In this form, the Netherlands is learning to accept its colonial oppressive past and it is working towards a more inclusive society.

Black History in the 17th Century

One of the darkest periods of Dutch history began in the shadow of slavery during the so-called “Golden Age” in the early 17th century. Yet, some artists tried to see Black people as more than just servants. Famous painters such as Rembrandt would demonstrate the wealth and beauty of Black people in oil-rich portraits and tronies. Rembrandt’s work particularly focused on capturing live moments and human interactions through still paintings. It is known that he would paint his neighbors, and maintain their identities anonymously, to capture life as it was in that precise moment and to capture the true essence of the city. One of Rembrandt’s most acclaimed works focusing on realistically portraying the Black figure is his portrait titled “The Two Negroes” (Blakely 121). As the title indicates, two Black males are the main subject of the artwork, and rather than being mere background figures they are portrayed in a way that their facial characteristics and expressions are highlighted. “Reclining Negress”, a 1658 etching of a nude Black female is another example of Rembrandt’s exploration of the Black figure.

However, prior to Rembrandt’s works featuring Black individuals, Dutch art rarely incorporated them as prominent figures. As scholar Allison Blakely describes, “the largest category of paintings in which Blacks figured were the countless portraits of Dutch burgher families” were Blacks were not portrayed as individuals. A black boy or girl would appear in the family portrait as a symbol of servitude (Blakely, 104 – 105). In the 18th century, a shift came in the way Blacks were named on artworks. Previously, they had not been named at all and had remained anonymous and irrelevant figures. Ending the anonymity contributed to “a broadening of the image of blacks” (Blakely 121).

These portraits that are now presented in Rembrandts’ House Museum are evidence that the Dutch were involved in slavery. They acknowledge their history by having these portraits available to the public, even though these actions should have been implemented almost three decades ago. Nevertheless, more efforts are being made now by Stephanie Archangel, one of the curators of the exhibition, “Black in Rembrandt’s Time”, at the Rembrandt House in Amsterdam to highlight Black peoples’ experience in the Netherlands. In her podcast, Stephanie highlights that “[she] wants to show that [Black people] are more than just people who were once enslaved.” To a large extent, this is the equivalent of having memorials erected because art preserves the collective memory of a community (Stephanie Archangel and Nicola Jennings Discuss the Exhibition ‘Black in Rembrandt’s Time). In addition to Stephanie’s contribution, there are live tours of Black Heritage in Amsterdam conducted by Jennifer Tosch who sheds a light on all the surrounding infrastructures of the city and teaches and reminds people about the Dutch’s history of slavery and colonialism 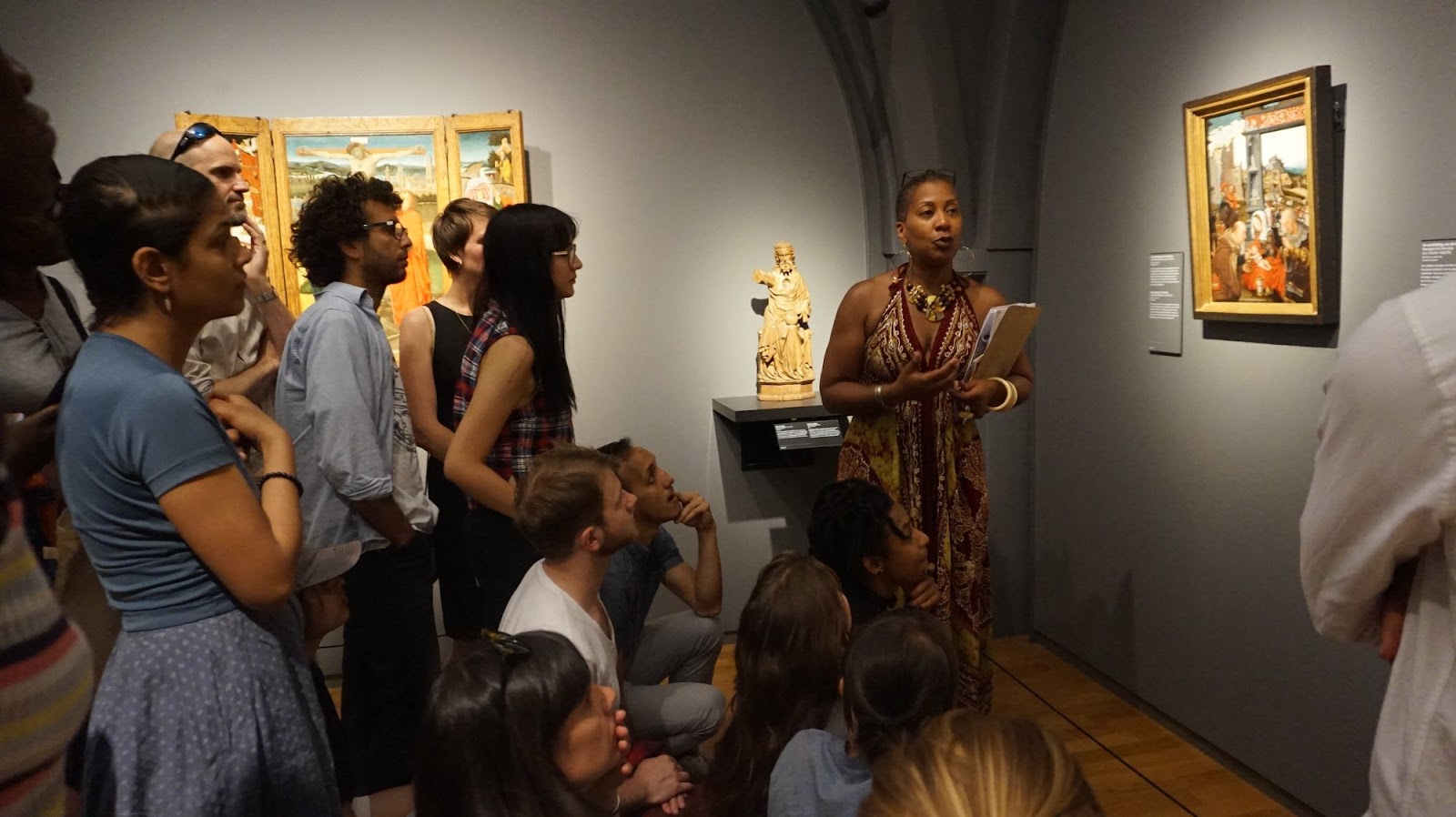 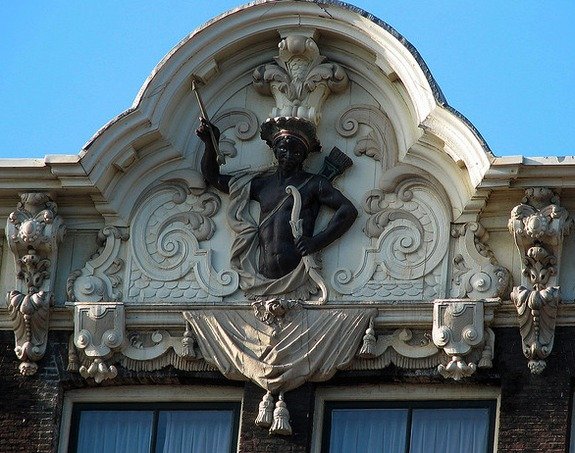 The History of the Jewish Community in the Netherlands

One could mistakenly believe that Rotterdam does not keep monuments because it does not have a historical memory, but the bombing of May 1940 is a very popular theme for statues and plaques placed all around the city. Paradoxically, the Jewish massacre of Hangar 24 during WWII, which the Dutch police facilitated, caused 10 times more deaths than the bombardment (Kuper 223). Yet there is a tendency to highlight the Dutch Resistance, particularly when it comes to sports.

Ajax, a football team based in Amsterdam and led by a half-Jewish captain has taken a different approach to remembering its Jewish history. As Kuper notes, “the club has recently become so terrified of encouraging the Anti-Semitic chants of opposing fans that it denies any connection with Jews” and the club’s murdered members are also not commemorated by a monument in the Amsterdam arena (Kuper 229). The multiple monuments in Amsterdam, including Anne Frank’s house, rather than highlighting the Jewish experience focus on the resistance efforts of the Dutch. Ultimately, the Dutch have yet to come to terms with their complex wartime history and with the notion that “[one’s] own country [could have been] grey” (Kuper, 230). 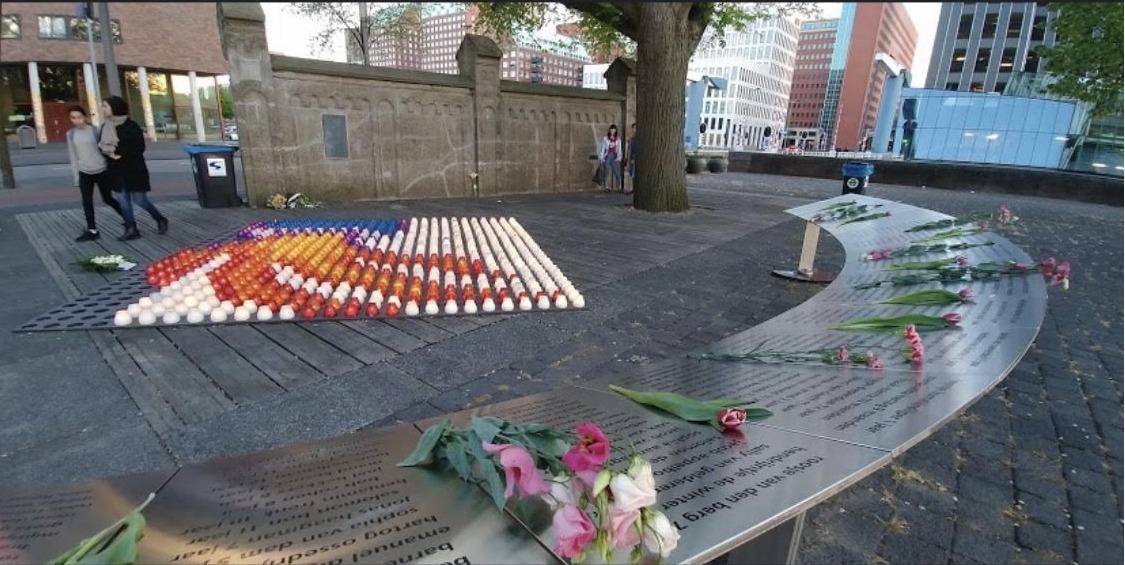 The way that the Dutch deal with the German occupation in the 1940s has been changing for the better. For instance, behind the wall of the former Municipal Trade Institution stood Hangar 24 Square. During the Second World War, it served as the first collection point of 12,000 Jews who were captured in Rotterdam. Back in 2003, the average person could “pass on the street side to spare sight” (Kuper 220). Only a few who remembered the past would know to stop and look at the wall from behind. Even the people that crossed the square did not have the slightest idea of what Hangar 24 was used for during the war. In this manner, the remembrance of the Jewish people in Rotterdam was not only silenced but also forgotten. An anonymous monument was erected in the square to commemorate the victims of Hangar 24, but as Micha Gelber, chairman of the Hangar 24 Committee, admits, “we [Rotterdammers] don’t shout too loudly about them” (Kuper 222).

Since 2003, the Jewish memorial that commemorated the victims of tyranny on Hangar 24 has been renewed and a large steel arch engraved with the names of the victims has been placed behind the wall. As shown in the picture, people now know the meaning of Hangar 24 and offer their respects by laying flowers and candles. Furthermore, an additional monument has been established in Loods 24 that is covered with bright blue light and rocks shinning in the evenings amidst unique objects placed in the circle. This attests to a growing desire of the Dutch to confront their past, however difficult it may be. Confronting the past also shows that they are committed to becoming a truly sustainable city. 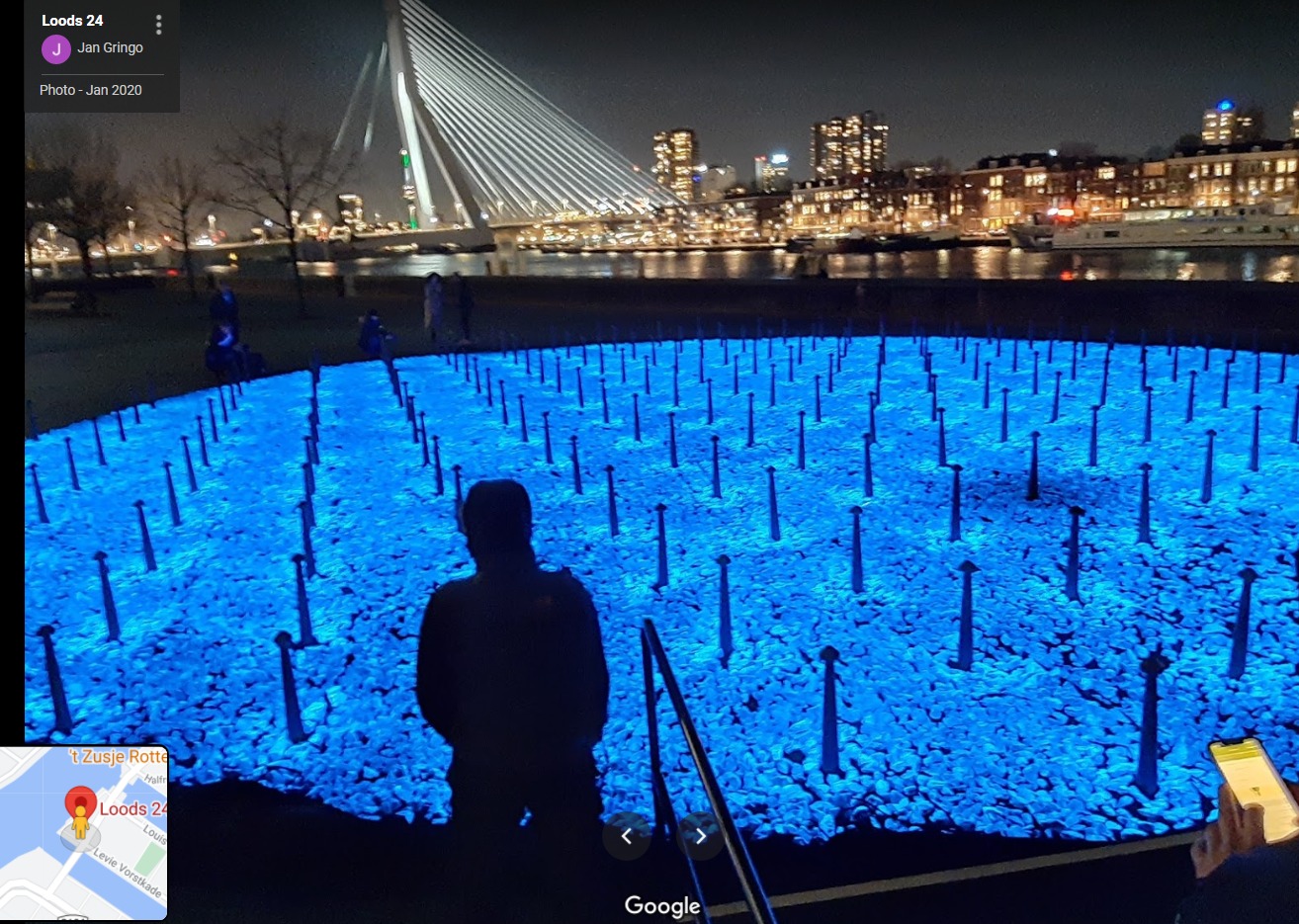 Setting an Example for the Future

Regardless, confronting the past is only the first step towards a sustainable future. Besides building monuments and museums for reconciliation purposes, a country such as the Netherlands that has multi-cultural communities should consider establishing a platform that would give a voice to all communities, no matter their religion, race, or sex. This platform can be similar to the platform that was created for the Dutch farmers, who were allowed to contribute to the decision-making of the terp plans. This type of transformation will certainly benefit everyone in the country, including policy makers who will shape the local people’s needs based on their interests and reccomendations. In this fashion, a sustainable and safe future can be secured. As one of the most progressive countries in Europe, the Netherlands should continue promoting inclusive projects to set a good example for the rest of the world on how to create a safe and better future for everyone.

Blakely, Allison. Blacks in the Dutch World: The Evolution of Racial Imagery in a Modern Society. Bloomington, Indiana University Press, 1993.