I have lived in the town of Hull for the past 16 summers.  Hull is a long peninsula that juts into Boston Harbor.  At the very tip of Hull, there is a water channel called Hull Gut.  The channel is cut between the end of the Hull peninsula and the eastern edge of Peddocks Island.  Hull Gut is an important waterway for commercial and pleasure watercraft.  I have been by the shore many times and also sailed through it on occasion.  The current there is extremely strong as the Boston Harbor and the Hull / Hingham Bay ebb and flow (in and out) through the narrow Gut.  Hull Gut leads to the Fore River Channel, which provides safe passage through Quincy.

This local waterway allowed Boston to grow as a city.  Additionally, with the strong seafaring history in Boston Harbor, it is not a coincidence that the first Coast Guard Station is located less than a half of a mile from Hull Gut.

In 1932, Congressional hearings stated that 50% of freight into Boston came by water (Weymouth, 17).  This hearing also highlighted the importance of the Hull Gut over the West Gut, which is west of Peddocks island.

The negatives of Hull Gut are the narrowness, strong current, and a few rocks at 16ft (low water).  However, the advantage of Hull Gut is that it allows large vessels a consistent passage throughout the year.

The 27ft (low water) channel allows ships of nearly any size to cross although they might have to wait for ideal tides.  The Hull Gut is less prone to fog throughout the year and icing over.  While it has less current, the West Gut requires a 90-degree turn that is a very difficult maneuver for larger vessels.  Additionally, there is a 3.4 miles extra distance to West Gut, costing time and money.  For these reasons, an estimated 80% of large tug-guided vessels used the Hull Gut (HouseDocuments).

The Congressional hearings that provided this information were a result of a request to maintain these channels by the Army Core of Engineers.  Maintenance like this (dredging) allows a wider window for boats to cross while also making it a safer passage.

The request was granted and has helped increased commerce ever since.  In WWII, Quincy harbor served as a location for a major shipyard that supplied the US armed forces.   Nowadays, tankers use the Hull Gut to access Quincy oil and natural gas plants.  These service Boston as well as surrounding communities.

The Netherland’s evolution of the Dutch Delta was an immense project.  The scale is not even comparable to the Hull Gut.  However, in both instances, the evolution of various alternatives led to success.  For example, in 2006, a competition was held to find the best design for the future of Lake IJmeer between Amsterdam and Almere.

The author also states that the Dutch Delta is vital to Holland’s economic well-being.  The same is true for Hull Gut.

Finally, both Hull Gut and the Dutch Delta will always be challenged by various forces of nature, including climate change. 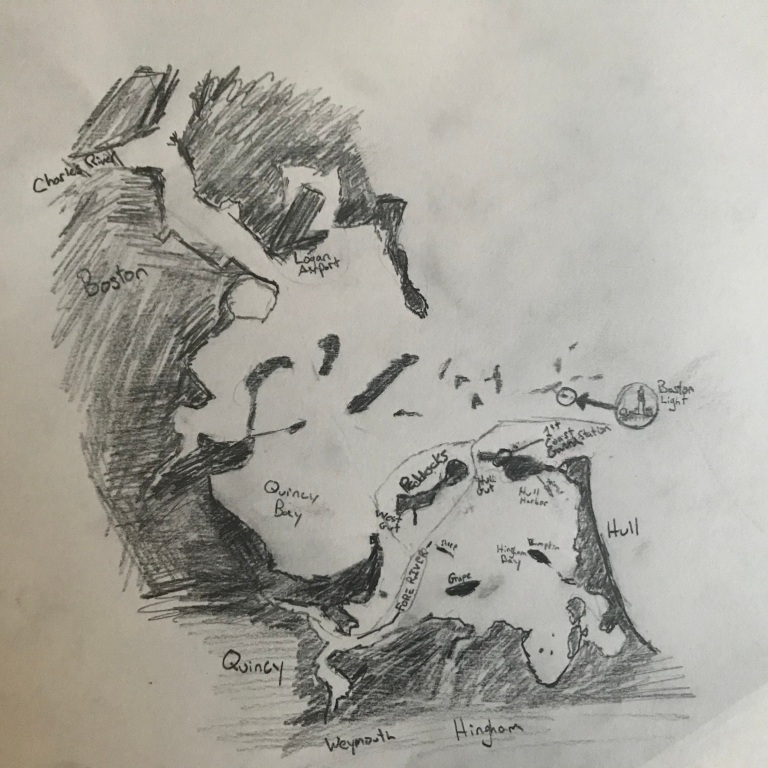